A project is an object that unites a group of models based on a common denominator. Projects make it easier to support large-scale deployments by allowing you to perform one action on several models at once. 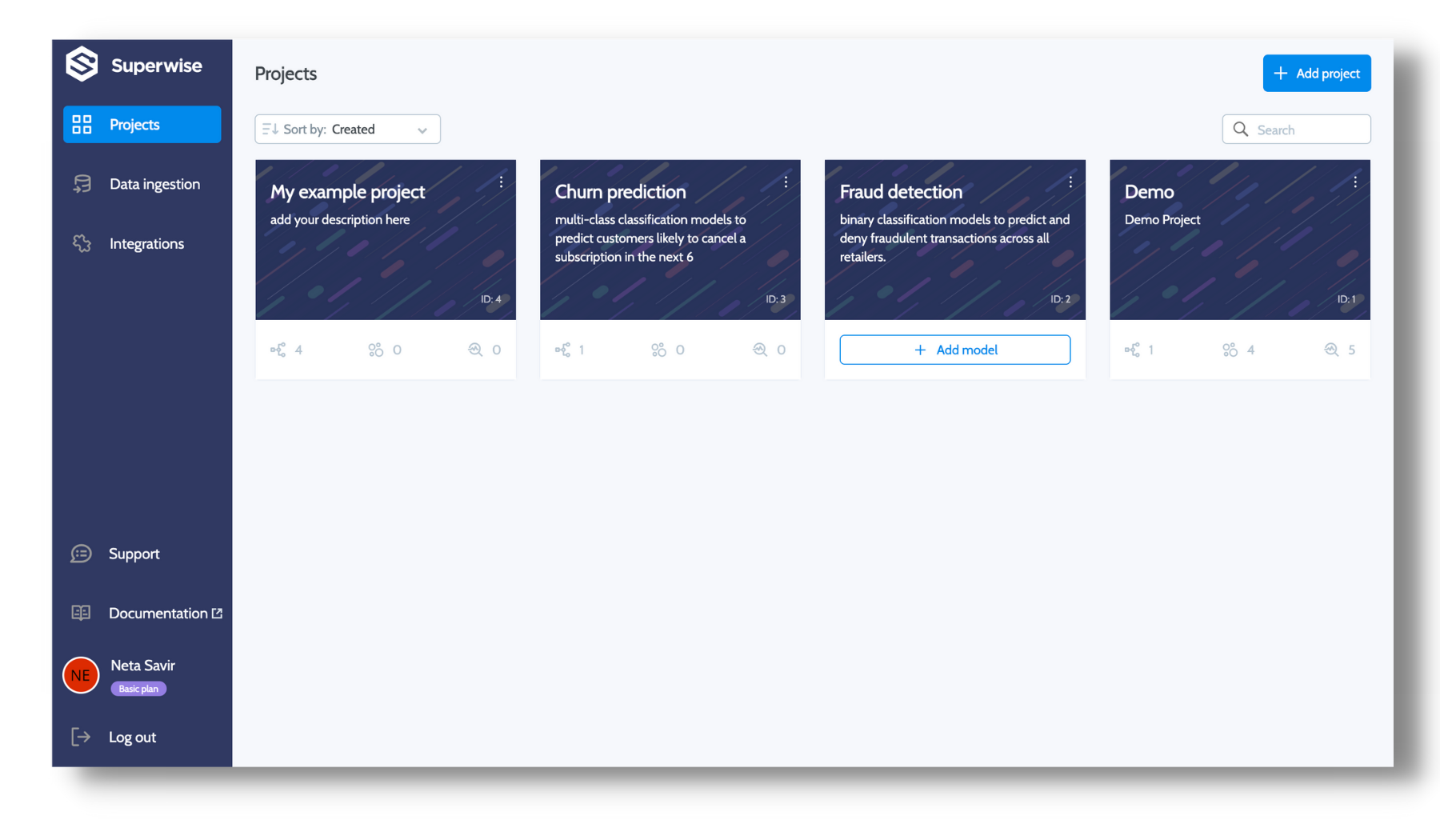 You can think of a project in 2 ways:

You can group your models into projects according to a logical division. For example, you can have all the models of a single customer or application monitored under the same project to get a birds-eye view of any customer/application.

Superwise allows you to perform actions like create policy, configure metrics, or create a segment on several models simultaneously. This makes it handy to group models that have a similar function together in a project. For example, if you have many fraud detection models that are used to serve different customers, you can group them in the same project so they can share the same schema, segments, and policies.

Common use cases to use for a project:

Actions that can be performed on a project include::

After creating a model for a particular project, there is no way to change its location