Detecting changes in the distribution of a feature, model probability, or any data entity is an important part of the ML process. To track such changes, one could use a long list of statistical parameters such as distribution mean, min value, max value, variance, and more (all available in the product). However, to reduce the noise level and determine whether there was a change, Superwise uses a unique set of distribution distance functions to yield a single, unambiguous value, allowing change to be assessed over time.

We use a symmetric chi-square distance function for categorical or boolean data entities.

Where P and Q are two distributions or samples of a random variable and P(i) & Q(i) are the probability value in the corresponding sample.

Let's assume we have two samples, P and Q, from some categorical feature with the following distribution: 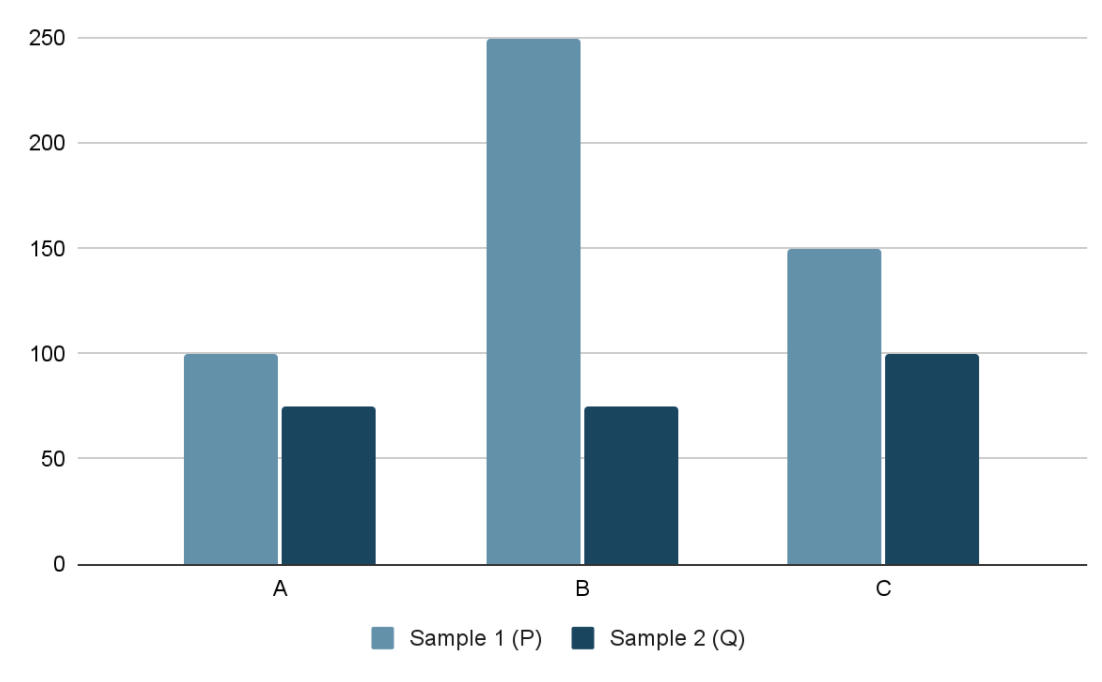 Input drift is an aggregate measure of the drifts in all features to a single metric.

Did this page help you?