The baseline is a historical reference data set describing a model's behavior and contains the model's inputs, outputs, and labels (optional). Most often, training or validation data sets are initially used as baselines. Within the Superwise platform, you can also select any production timeframe and apply it as a new baseline ad hoc.

Platform calculations such as drifts are based on discrepancies between a model's current data and its baseline. Letting you easily compare production data to a baseline reference.

The platform leverage the baseline to provide three important capabilities: 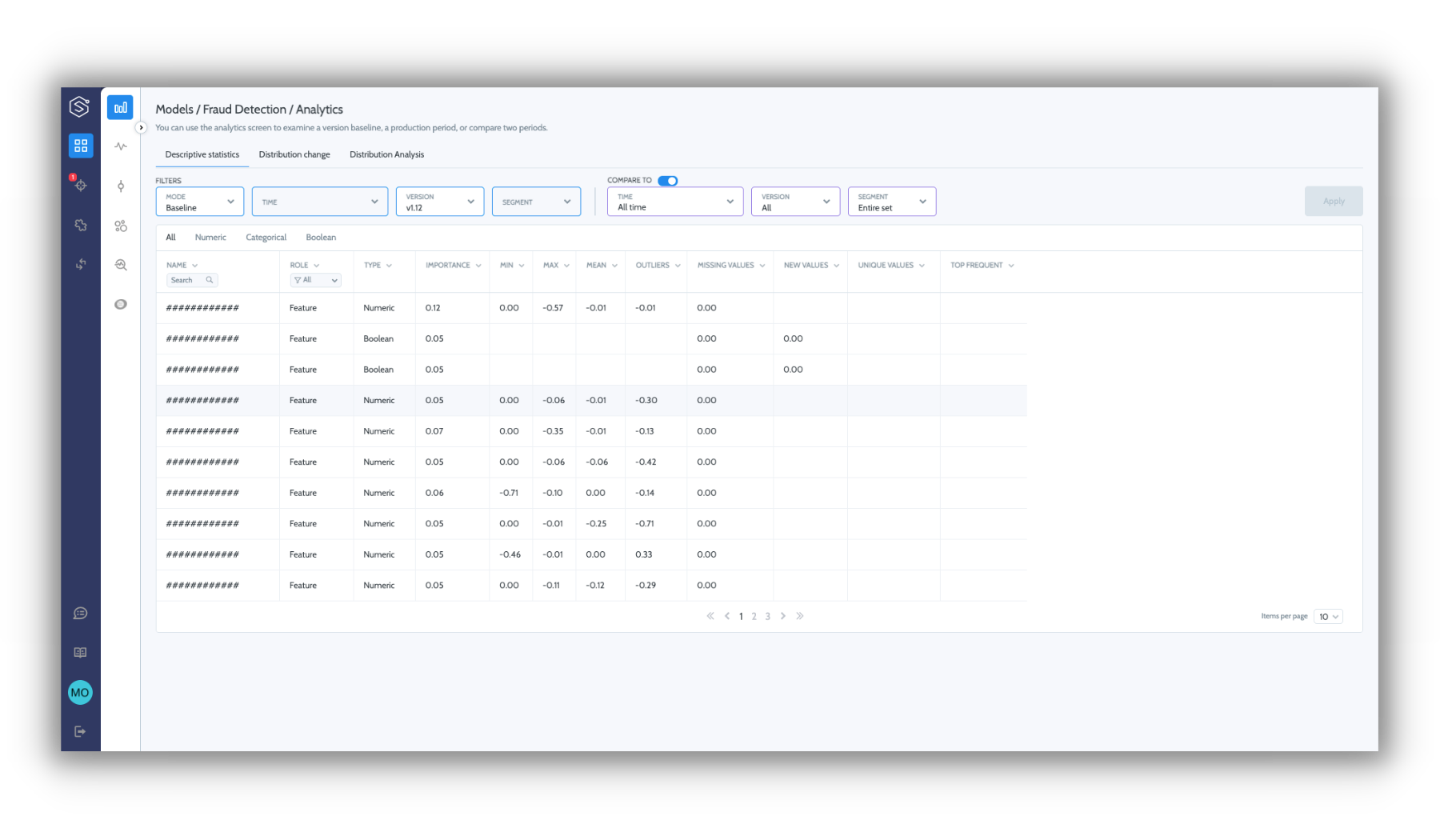 What is your right baseline?

There is no clear definition of what's makes a good baseline, and it mainly depends on what you would like to compare your production data to. In most cases, the training dataset is a good default answer. It will enable you to analyze production drift and better understand the relevancy of your model (the higher the drift level, the less it's relevant). However, in some cases, mostly in highly imbalanced use cases (like fraud detection), it's common to sample only the major class so that the training dataset will be more balanced. In such cases, we recommend using the test dataset (which is supposed to remain highly imbalanced) instead, as the training dataset has "drifted" by definition and a test dataset will allow us a clearer view of the expected behavior of the model and data distributions.

Did this page help you?